Checked your organic search rankings recently? Have they dropped drastically – or perhaps, you’ve moved up the rankings drastically? Regardless, there seems to be something going in Google HQ that suggests a core update is on its way. In the meantime, there’s not much you can do aside from ensuring your website has no issues that could results in a drop. The first place to no doubt start is in Google Search Console, followed by other any SEO tools you may use such as Moz.

Talking of Moz, Moz’s Mozcast is a Google Algorithm Weather Report, which as the name suggests, is a weather report showing turbulence in the Google algorithm – and was at an all time high on 1 September as below: 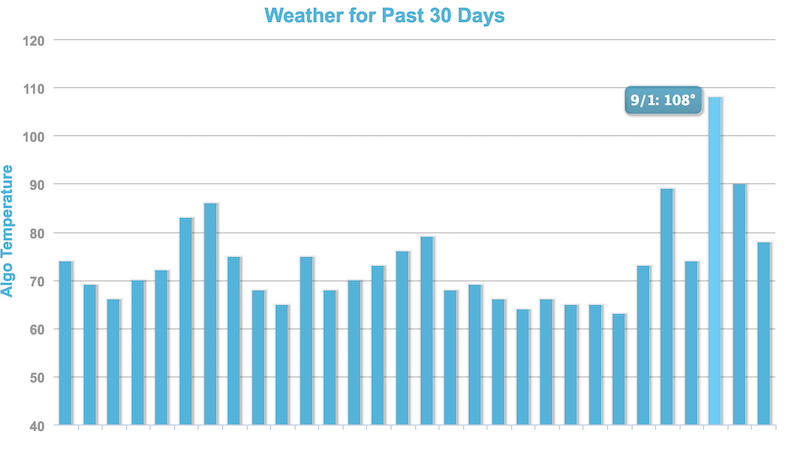 Rumour has it that the change is to do with Google’s increasing emphasis on local search results – although don’t be surprised if it’s do with AMPs being included in SERPs. There has been an increase in ‘spam’ occurring in local search results, which will no doubt be cleared up sooner rather than later.

If you’re not using local SEO, as per my previous post, I’d recommend you at least do the basics, which will help get your business out there. Not sure where to start? Drop me a line to have a chat about promoting your business locally.

Read More From The Blog

Advertising Analytics Blogging Content Digital Agencies Outreach SEO Starting Out Tools WordPress
Digital Dome uses cookies to optimise your experience. By continuing to use this website, we assume that you are happy with us doing so.

This website uses cookies to improve your experience while you navigate through the website. Out of these, the cookies that are categorized as necessary are stored on your browser as they are essential for the working of basic functionalities of the website. We also use third-party cookies that help us analyze and understand how you use this website. These cookies will be stored in your browser only with your consent. You also have the option to opt-out of these cookies. But opting out of some of these cookies may affect your browsing experience.
Necessary Always Enabled

Any cookies that may not be particularly necessary for the website to function and is used specifically to collect user personal data via analytics, ads, other embedded contents are termed as non-necessary cookies. It is mandatory to procure user consent prior to running these cookies on your website.